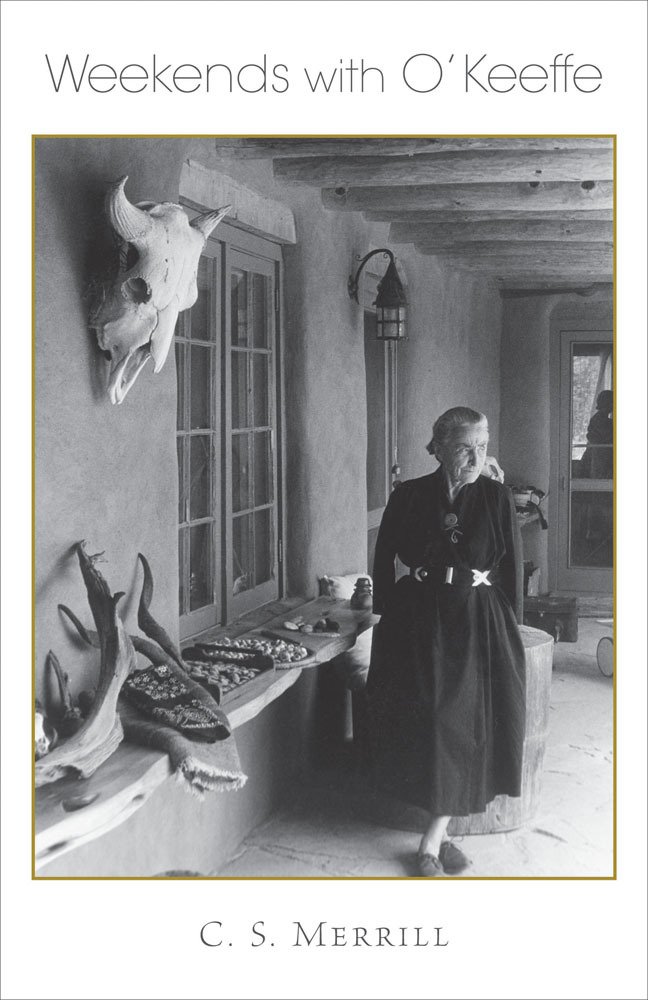 This book is available at the University of New Mexico Press.

This book is available at the Georgia O'Keeffe Museum.

This book is also available on Amazon.

In 1973 Georgia O’Keeffe hired C.S. Merrill to catalog her library for her estate. Merrill, a poet who was a graduate student at the University of New Mexico, was twenty-six years old and O’Keeffe was eighty-five, almost blind, but still painting. Over seven years, Merrill was called upon for secretarial assistance, cooking, and personal care for the artist. Merrill’s journals reveal details of the daily life of a genius. This volume is a transcription of those journals. The author describes how O’Keeffe stretched the canvas for her twenty-six-foot cloud painting and reports on O’Keeffe’s favorite classical music and preferred performers. Merrill provided descriptions of nature when she and the artist went for walks; she read to O’Keeffe from her favorite books and helped keep her space in meticulous order, so important for someone going blind.

Merrill includes sketches of O’Keeffe’s studio and an account of once assisting O’Keeffe at the easel as well as reports on how Stieglitz preserved his own photographs and an account of Laura Gilpin photographing O’Keeffe in the painter’s Abiquiu studio. Jockeying for position among the helpers O’Keeffe relied upon was part of daily life at Abiquiu, where territorial chows guarded the property. Visitors came from far and wide, among them Allen Ginsberg accompanied by Peter Orlovsky. All this is revealed in Merrill’s straightforward and deeply respectful notes. To read her book is like spending a weekend with O’Keeffe in the incomparable light and clear air of Northern New Mexico mountains and desert.   --from UNM Press