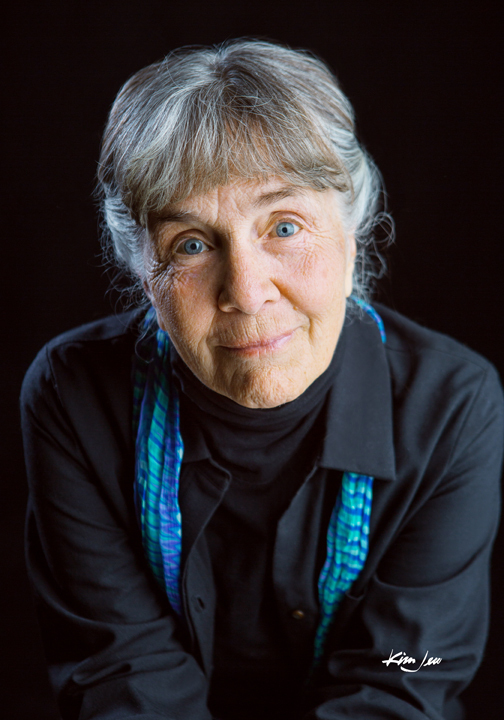 Her first poem was written at age 12 to honor the memory of her grandmother. In 1971 she had a scholarship to study poetry and photography at Santa Fe Workshop of Contemporary Arts at St. John’s College. The next summer she studied poetry on the Island of Paros in Greece at the Aegean School of Fine Arts. In the fall of 1972 Merrill wrote a letter to Georgia O’Keeffe and received an invitation to visit her in Abiquiu. In August 1973 Miss O’Keeffe and Merrill met for an afternoon which led to seven years of weekends (1973-1979) when Merrill served as librarian, secretary, cook, nurse, and companion to the artist. During that time Merrill kept a personal journal of the daily details of her life with the artist. She was asked to describe the play of light in the colorful New Mexico high desert world for Miss O’Keeffe who was suffering from macular degeneration. This extraordinary experience led to her two books published in 1996 and 2011: O’Keeffe, Days in a Life and Weekends with O’Keeffe.

From 1975-1998 Merrill edited and published ten limited editions of The Southwest Women’s Poetry Exchange. In 1975 Merrill coordinated the Southwest Poets’ Conference in New Mexico and Arizona. Merrill received the Academy of American Poets prize for poetry at the University of New Mexico in 1976. Summer, 1978, at Naropa Institute in Boulder, Colorado, Merrill served as apprentice to Allen Ginsberg typing and re-typing his poetry and participating in roundtable events with many visiting poets, young and old voices of the time. In 1979 Merrill won a prize from the National Endowment for the Arts for her play “Ever Since Yesterday Evening,” which was performed at the Kimo Theatre in Albuquerque, New Mexico. There have been numerous publications of single poems in journals and anthologies plus readings nationwide. In 1995 Merrill received a $7,000 Individual Poet’s Grant from Witter Bynner Foundation to support her writing about O’Keeffe. In 1999 Merrill was guest poet at the Taos Poetry Circus. From 2011-2013 Merrill was librarian at Ghost Ranch, New Mexico. As a freelance journalist she has written articles in the Corrales Comment, in the village where she wrote her two books.

Merrill taught English as a Second Language in Qu Fu, Shandong Province (Confucius’s birthplace) in 1981-1982, shortly after the Cultural Revolution. There she climbed Tai Shan and ventured into the favorite writing places of Li Po and Tu Fu. As a single mother, she took her one-year-old son Issa Abraham Sakaki Merrill along on this life-changing adventure. Japanese poet and close friend Nanao Sakaki joined them for a tour of Mongolia.

Merrill has been poet, author, teacher, librarian in New Mexico for many years. Her favorite cause: Issa Sakaki Merrill fund 61073 at the University of New Mexico Foundation, a memorial endowment and scholarship for students who study peacemaking.